A blog dedicated to learning data science techniques by applying them to real world data.

Welcome to the second post in the Pokemon Go analysis series. Recall that our goal is to construct a map of the dominance of each Pokemon Go team within each state. The first step of this process is to collect tweets about each team from Twitter. To do so, we’ll need to interact with Twitter’s Application Programming Interface (API).

To understand what the consumer key, consumer secret, access token, and access token secret are we need to discuss some of the security protocols of the Twitter API. Suppose we build an application that requires information from our user’s Twitter accounts. For instance, maybe we made an application that takes pictures and we want our users to be able to upload those pictures to Twitter with the push of a button. We could ask the users to provide their username and password for us. However, doing so is not safe as it would provide the application with unlimited access to the user’s Twitter account. Instead, we can generate a special key that provides limited access to the user’s account. To do so, our application (know as “the client”) first asks the user (known as the “resource owner”) for permission to use such a key. When we get the permission we forward it to an authentication server, which returns an access token. The application can then use the access token to get limited access to Twitter’s resource server on the user’s behalf. This process, known as the OAuth2.0 authentication protocol, is depicted below: 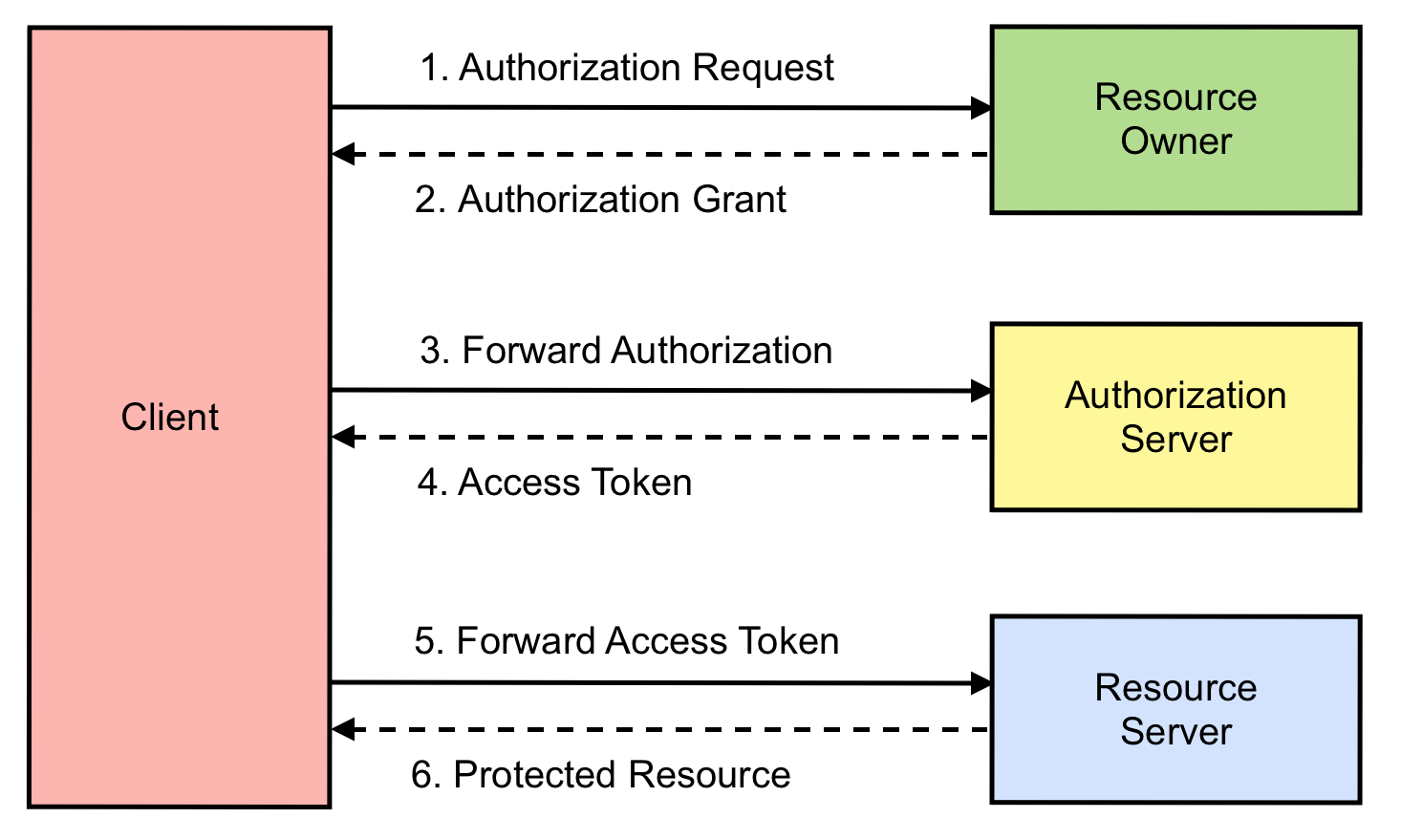 It’s possible to make requests to the resource server on behalf of the application itself, rather than on behalf of the application’s users. Since there is no context of a user, you won’t be able to interact with user specific API features such as posting tweets or updating a user profile. However, you will still be able to interact with non-user specific API features such as searching for tweets, or retrieving user information. The trade off for this lower functionality is a higher rate limit when querying the API. We’ll discuss rate limits in more detail later in this post. For more information on application-only authentication, visit Twitter’s Dev page.

Now that our application has the proper credentials to access Twitter’s API, we’re ready to discuss details of the API itself. Twitter actually has a number of APIs which we can interface with. These APIs fall under two categories — the REST APIs and the Streaming API.

The REST APIs provide read and write access to existing Twitter data. There are a lot of useful APIs in this collection, but we only need to discuss the Search API for our purposes. The Search API behaves similarly to the search bar on the Twitter website. It is used to search a random sample of the past week of tweets. Note that the Search API does not capture every tweet in the past week — it aims for “relevance, not completeness.” Unfortunately there is no way to access the full database of tweets, or tweets older than a week, without purchasing data from third party companies such as GNIP.

If we want to collect tweets in real-time, we would need to use Twitter’s Streaming API. While the REST API pulls data from Twitter’s database, the Streaming API pushes messages to a session. This allows the Streaming API to download data faster than the REST API can. Twitter users generate about 6,000 tweets per second, creating what is known as the Twitter firehose. Few applications are granted full access to firehose, with the default Streaming API collecting a random sample of just 1% of those tweets. You can request elevated access to a larger portion of the firehose by contacting Twitter’s API support, but most reports suggest you will need to purchase this access from a third-party provider such as GNIP. Note that Twitter automatically performs any parsing, filtering, and aggregation that is needed before returning streaming results.

We’ve built a solid understanding of the Twitter API, how to obtain access to it, and the options that the Search API and Streaming API provide us with when collecting tweets. In our next post, we’ll discuss how to interface with the Twitter API through Python’s Tweepy library.